Originally published on The Ripon Forum 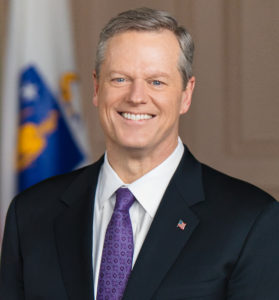 Governors play a critical role in our national discourse when it comes to policy experimentation and reform. The genius of our federal system of government is that much of the power to shape our future is distributed to the states instead of being confined to Washington. Many of our best ideas emanate from local governments, which are closer to the people and more effective engines of thought leadership and innovation. On many issues – energy efficiency, public safety, economic development, and job creation – it’s the states that are often leading the way.

During recent years, one of the most significant public policy areas which governors have been at the fore front of is implementing innovative clean energy solutions. In particular, Republican governors have stepped up in meaningful ways because they recognize how important the clean energy industry is to creating good paying jobs in their states. One of the strongest leaders on this issue is Massachusetts Governor Charlie Baker, a member of the U.S. Climate Alliance.

Since taking office in 2014, the Baker-Polito Administration has pursued fiscally responsible policies to mitigate and adapt to climate change by expanding the state’s renewable energy industry.

Since taking office in 2014, the Baker-Polito Administration has pursued fiscally responsible policies to mitigate and adapt to climate change by expanding the state’s renewable energy industry and regional collaboration in reducing the production of greenhouse gas. Governor Baker has been able to do this while also increasing aid to local cities and towns, cutting taxes and creating more than 150,000 new jobs. Massachusetts voters approve of this approach. A Morning Consult poll released in April placed the Governor’s approval rating at 71 percent, the highest in America. (It’s also worth noting that the top 10 most popular governors were all Republicans, with fellow New Englanders Phil Scott and Chris Sununu also in the top 5.) Governor Baker’s leadership serves as a powerful example of how to achieve and implement sensible clean energy reform policies.

In September of 2016, Governor Baker crafted an executive order which laid out a comprehensive approach to reduce greenhouse gas emissions, safeguard state residents and businesses from the impacts of climate change, and build a more resilient Commonwealth. The order, Establishing an Integrated Climate Change Strategy for the Commonwealth, enjoyed broad bipartisan support in state government and represented an innovative collaboration of key stakeholders from the Office of the Governor, the Executive Office of Energy and Environmental Affairs, the Executive Office of Public Safety and Security, and key state, local and environmental officials. To further position Massachusetts to meet the state’s environmental goals under the Global Warming Solutions Act, the order directed the Department of Environmental Protection to examine emission limits from a range of sectors and outline a timeline to identify regulations to ensure the Commonwealth remained on track to meet carbon reduction targets.

Governor Baker has been able to do this while also increasing aid to local cities and towns, cutting taxes and creating more than 150,000 new jobs.

The Baker Administration has also actively ramped up its support of renewable energy, including solar, wind, and hydropower. In 2016, Governor Baker signed a bipartisan bill,An Act Relative to Solar Energy, to create a long-term plan for sustainable solar development and expansion of the Commonwealth’s solar industry. In an effort to lower the cost of net metering for non-participant ratepayers, the bipartisan legislation set the new credit value for all solar projects to 60 percent of the full retail rate. To facilitate continued solar growth within communities around the Commonwealth, the bill also preserved retail rate credits for municipal and government-owned projects and exempted residential and small commercial projects from the net metering cap and any net metering credit reductions.

Despite the fact that the Regional Greenhouse Gas Initiative (RGGI), a cooperative effort by northeast and mid-Atlantic states to reduce CO2 emissions predated Baker’s time in office, he announced plans in 2017 to reduce greenhouse gas emissions beyond 2020. As a result of an extensive RGGI program review conducted by the member states early in Baker’s tenure, the new proposal called for an additional 30 percent cap reduction between 2021 and 2030, relative to the 2020 levels. Governor Baker’s leadership now assists Massachusetts in continuing to achieve its emission reduction goals under the Global Warming Solutions Act while recognizing the economic and environmental benefits of an early transition towards clean energy.

Citizens for Responsible Energy Solutions has worked to promote conservative approaches to clean energy and the leaders who champion these efforts. Governor Baker and members of his Administration deserve to be commended for his strong and consistent leadership on legislation that is delivering market-based clean energy solutions that are beneficial to both the economy and 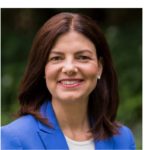 the environment. Governor Baker’s decisive actions on initiatives that promote clean energy, address climate change, and enable sound, fiscally-responsible environmental stewardship have made a significant and positive difference for the citizens of Massachusetts.

Kelly Ayotte is a former U.S. Senator from New Hampshire.  She now serves as a Senior Advisor to Citizens for Responsible Energy Solutions.